Description
Shipping & Return
Our Guarantee
Review
WHAT IS SOFTWARE DEFINED RADIO (SDR)?
In traditional hardware radios, the mathematical operations required to decode and process radio signals are performed using analogue circuitry. Recently, computers have become powerful enough to perform the required mathematical calculations in software, hence the term software defined radio. This has led to advanced radios that previously required complicated analogue hardware now being able to be implemented easily in software. This has reduced the cost of advanced radio capabilities such as wideband tuning and waterfall displays.
WHAT IS THE RTL-SDR?
The RTL-SDR is an extremely cheap software defined radio which is based on DVB-T TV (Digital HD TV) USB receiver dongles that have the RTL2832U chip in them. It was discovered by hardware hacker Eric Fry, Linux driver developer Antti Palosaari and the Osmocom team who were developing their own SDR that the RTL2832U chip had a mode which enabled SDR. Today, by using custom software drivers, a commonly used cheap RTL2832U can then be turned into a sophisticated SDR with features that would have until recently cost in the hundreds to thousands of dollars. Of course, the performance of these dongles will not match a dedicated SDR, but they perform extremely well for the price, and almost all hobbyist projects that can be done with expensive radios or SDRs can also be done with the rtl-sdr. A wideband SDR opens up many interesting possible projects and avenues to explore. Some applications of the RTL-SDR include the following, some of which will be discussed in more depth in the project tutorials chapter.
Functions:
Listening to unencrypted Police/Ambulance/Fire/EMS conversations.
Listening to aircraft traffic control conversations.
Tracking aircraft positions like a radar with ADS-B decoding.
Decoding aircraft ACARS short messages.
Scanning trunking radio conversations.
Decoding unencrypted digital voice transmissions.
Tracking maritime boat positions like a radar with AIS decoding.
Decoding POCSAG/FLEX pager traffic.
Scanning for cordless phones and baby monitors.
Tracking and receiving meteorological agency launched weather balloon data.
Tracking your own self launched high altitude balloon for payload recovery.
Receiving wireless temperature sensors and wireless power meter sensors.
Listening to VHF amateur radio.
Decoding ham radio APRS packets.
Watching analogue broadcast TV.
Sniffing GSM signals.
Using rtl-sdr on your Android device as a portable radio scanner.
Receiving GPS signals and decoding them.
Using rtl-sdr as a spectrum analyzer.
Receiving NOAA weather satellite images.
Listening to satellites and the ISS.
Listening to unencrypted military communications.
Radio astronomy.
Monitoring meteor scatter.
Listening to FM radio, and decoding RDS information.
Listening to DAB broadcast radio.
Use rtl-sdr as a panadapter for your traditional hardware radio.
Decoding taxi mobile data terminal signals.
Use rtl-sdr as a true random number generator.
Listening to amateur radio hams on SSB with LSB/USB modulation.
Decoding digital amateur radio ham communications such as CW/PSK/RTTY/SSTV.
Receiving HF weatherfax.
Receiving digital radio monodiale shortwave radio (DRM).
Listening to international shortwave radio.
Looking for RADAR signals like over the horizon (OTH) radar, and HAARP signals.
Package Included:
1 x 100KHz-1.7GHz full band UV HF RTL-SDR USB Tuner Receiver/ R820T+8232 Ham Radio
1 x USB Cable
1 x Antenna 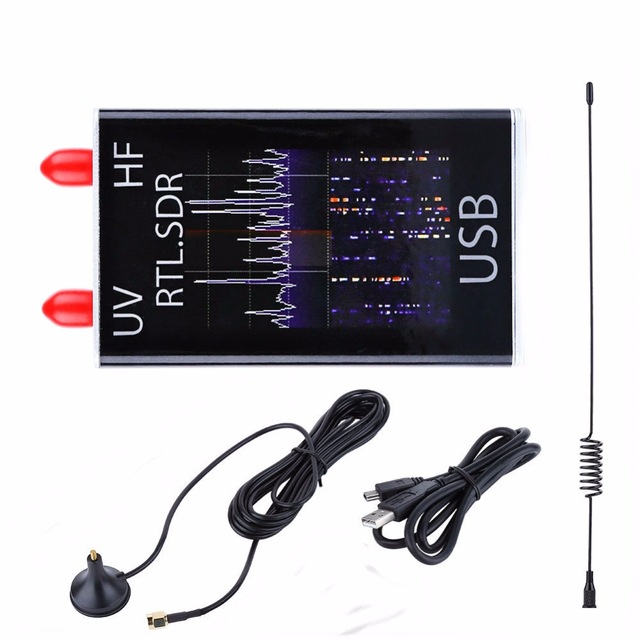 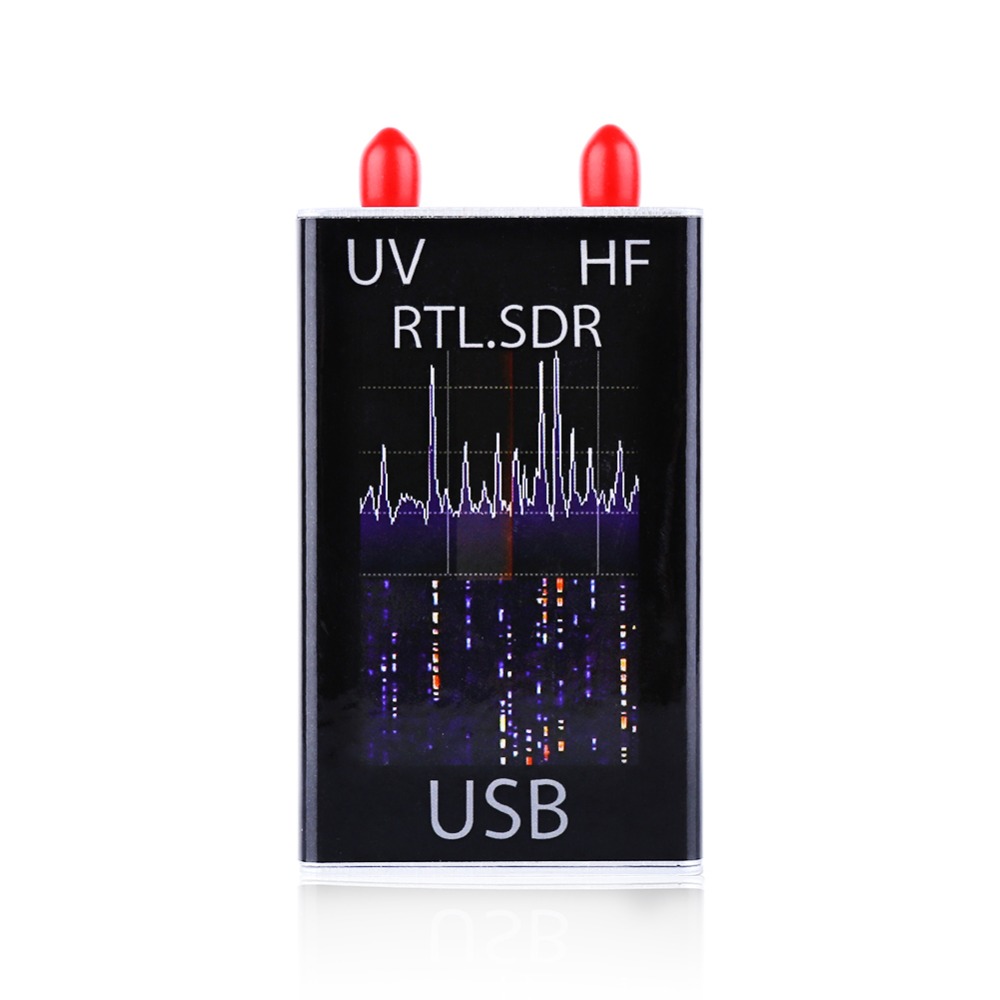 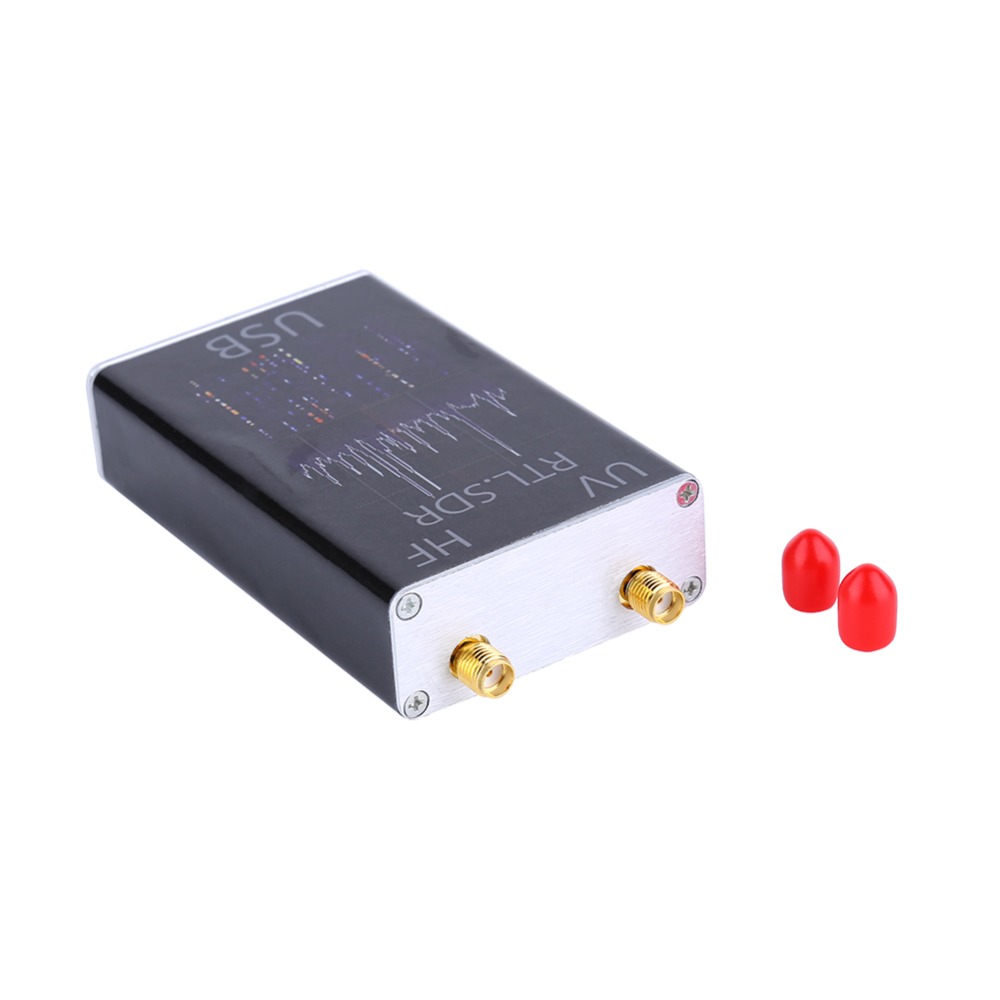 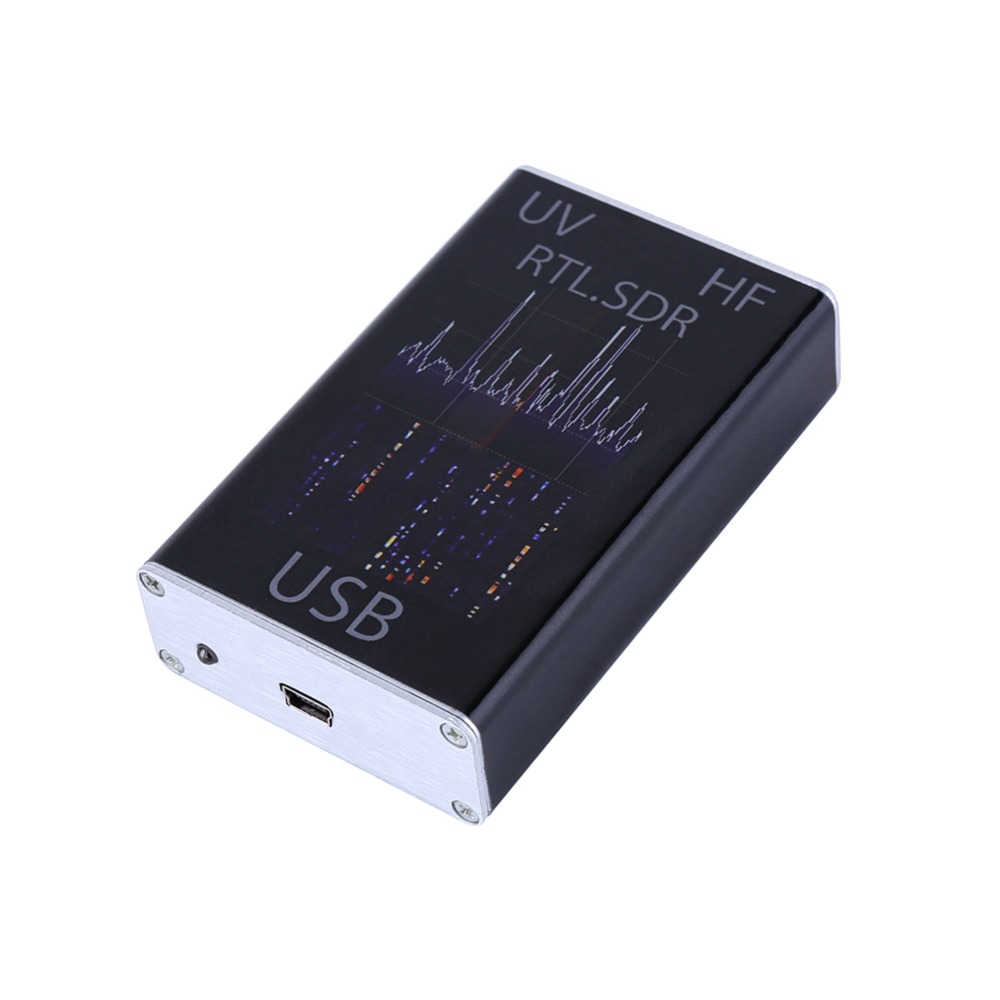 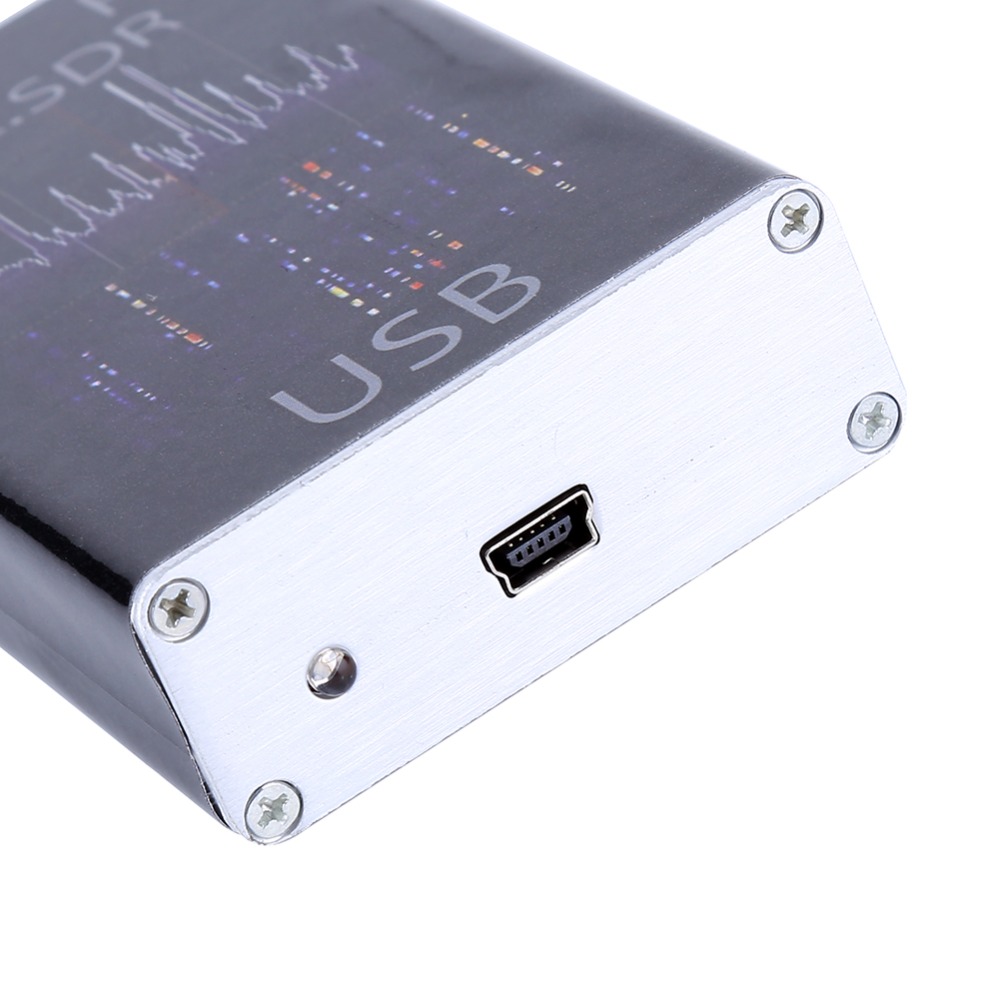 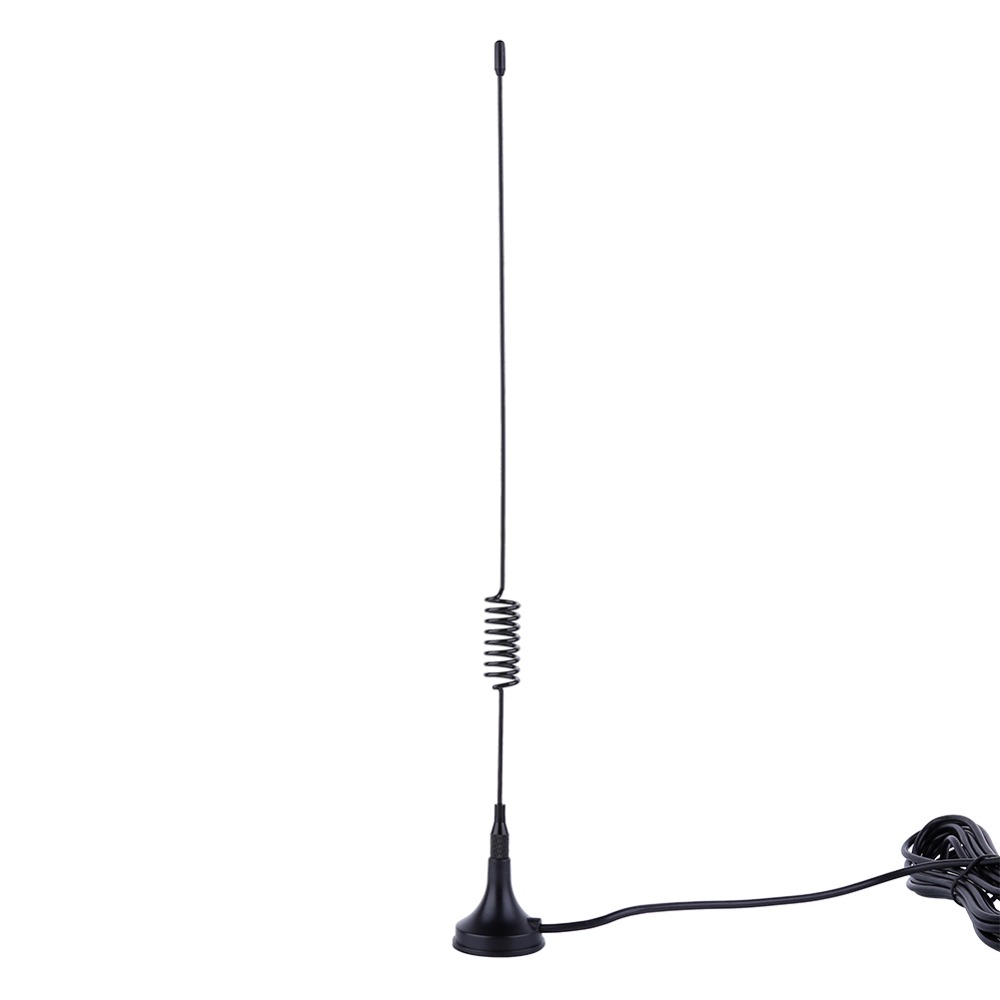 View more View less
We offer standard shipping for all orders made in Timberland Online Store. Orders are shipped on business days only (Monday-Friday, excluding Malaysia National holidays). For in-stock items, depending on the shipping method you select, your order should be processed and ship within 3 - 7 working days after order verification and credit approval. We use flat-rate shipping of RM 12.00 for orders below RM 300. Despite the number of shipments you receive, you will never be charged more than the amount stated on your order confirmation.
Our policy lasts 30 days. If 30 days have gone by since your purchase, unfortunately we can’t offer you a refund or exchange. To be eligible for a return, your item must be unused and in the same condition that you received it. It must also be in the original packaging. Several types of goods are exempt from being returned. Perishable goods such as food, flowers, newspapers or magazines cannot be returned. We also do not accept products that are intimate or sanitary goods, hazardous materials, or flammable liquids or gases. To complete your return, we require a receipt or proof of purchase.

Join our Email List and get 10% OFF on your first order.

Call us on a toll-free phone number

In case if you want a refund

Get to Know Us